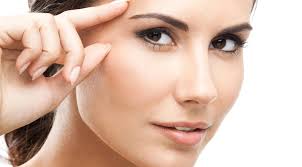 Botulinum toxin injections (botox known to all) are the most well-known and widespread method for treating wrinkles. Its action blocks the release of nerve cell chemistry (acetylcholine), which causes the movement of the facial muscles, resulting in the elimination of wrinkle formation for as long as it lasts.

The use of botox has multiplied over the past decade, making it the “flagship” of non-invasive applications, especially from the age 35 and above. This is mainly due to its effectiveness especially on the horizontal wrinkles of the forehead, the vertical wrinkles between the glabella, the so-called crow’s feet on the outside of the eyes and the neck for the older ages. Our goal is to achieve a natural result and to avoid a “frozen” expression that betrays the application of botox.

Botox has a short –but not simple- painless application process, as well as relatively low cost, while there is the need for repetition after 4-6 months. Also, it should be noted that stopping after any time of use does not create any complication; on the contrary, the skin has been resting for the duration of applications. Other frequent applications of botox are the treatment of hyperhidrosis (armpits, palms and soles), eyelid spasm (teak) and spasm of the masseter muscle and mandibular joint.

Be aware of whom botox is being applied, as well as its dubious quality cheap substitutes.