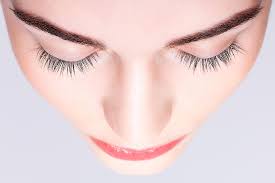 The technique of composite blepharoplasty has the great advantage of reshaping eyelids in a natural and harmonic way. This is achieved by repositioning -not removal- of the fat, cheek lift -carried out by lifting the loose and drooping tissues- and by fat injection, strengthening of the loosened sphincter with sutures in the outside corner of the eye (canthoplasty) and parallel strengthening of the optical diaphragm, the membrane which once loosened, the “bags” in the eyes are appeared, as well as the minimal or no skin removal. Thus, beyond the sagging and the “bags”, we correct the pupil’s distance from the lowest point of the sphincter of lower eyelids, as well as the shape and the tone of eyelids. The result is youthful eyes without the stigma of the intervention, unlike the classic methods that leave “sunken” and “oval” eyes or the so-called “miraculous” laser and radio frequencies with controversial and unpublished scientific aesthetic results.

Blepharoplasty is painless, lasts 1-2 hours and it is used general or local anaesthesia. It has no complications, while with this technique the complications from previous failed interventions are corrected. Discharge note is usually given at the same day (day clinic) and return to work is possible within 5-7 days. The cost of blepharoplasty is affordable to everyone, since as often as not is no need for general anesthesia or expensive pharmaceuticals. At the same time, the cost of upper blepharoplasty, in some cases, may be covered by insurance funds when vision is affected.

The aesthetic effect lasts several years, maybe even permanently. Successful blepharoplasty restores the freshness and gleam of the eye, resulting in eyelids that “harmonize” with other facial features. However, in cases of intense and extensive sagging of the face it is expected that it can not in itself give a more attractive appearance. For example, if we have a totally aged face, blepharoplasty will give us a result that will be unnatural and inappropriate with the rest of the facial image. It then needs to be combined with another surgical procedure, such us temporal lift (which can be performed at the same time), facelift or neck lift to achieve optimal and natural aesthetic results.

Blepharoplasty can now be performed without a scalpel by autologous fat injection –especially if the extent of the problem is not too great. The aesthetic improvement of the eyelids with the new micro fat grafting technique offers immediate and spectacular results, even more painlessly than a classic blepharoplasty. The plastic surgeon with local anesthesia receives a small amount of fat from the body of the woman or the man where it is available, such as from the abdomen, thighs, hips or arms. The fat is then processed and injected with a special cannula in the eyebrow area, where it succeeds its lift. It is important to emphasize that in cases where the type of aging of the upper eyelids creates “sunken” eyes, the fat injection has the absolute application, while removing skin and fat from this point is an absolute contraindication, as it will aggravate the problem. Other areas, where autologous fat is injected, are the groove between the nose and the lower eyelids and the cheekbones (achieving a single skin without cavities and wrinkles). At the same time black circles, “bags” and fine wrinkles of the outer eyelids disappear –something that is not effectively achieved by the methods available so far.

The renewal of the overall facial image brought about by blepharoplasty makes it particularly popular among women and men.