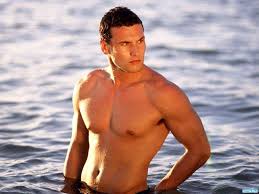 Gynecomastia is the presence of increased breast volume due to benign hypertrophy of mammary gland and local fat accumulation, resulting in female – like male breasts. This aesthetic problem affects the male identity and can occur at any stage of a man’s life, from adolescence to the elderly years. The etiology in most cases is idiopathic (no pathological cause), while there are cases where the cause of gynecomastia is hormonal or due in medicines. For this reason, a specific hormonal control is necessary preoperatively. Sometimes, gynecomastia in adolescents is proved to be a temporary condition, which is normalized when levels of some hormones return to normal values. However, gynecomastia in men is not treated with either dieting or exercise.

Gynecomastia is not a problem of modern times. As it is known from the literature, doctor Paul Eginite developed during the 7th century A.D. an operation to remove breasts from men, a situation that called it a problem with social dimensions –social discomfort. He defined it as a medical problem, which had to be cured with surgery: it was the surgery against gynecomastia, which is taking place today in a different, of course, form.

In our time the surgery against gynecomastia consists in the reduction of the hypertrophic male breast by liposuction and the removal of excess glandular tissue by means of a tiny incision in the areola. If there is a greater degree of gynecomastia, skin removal is usually required, but again the incisions are almost imperceptible because they are confined around the areola.

The surgical treatment of gynecomastia restores the smoothness of the chest contour and at the same time corrects the appearance of the nipple or areola. The relief from negative emotions, the more masculine appearance and the improvement of the overall male body image and the quality of life provided by gynecomastia surgery, make it particularly popular.

The procedure lasts about 1-2 hours, is performed using general anesthesia and discharge note is usually given on the same day (day clinic). Tolerable pain is treated with mild analgetics. Return to work is possible in 3-7 days, in full activity and the gym in 2-3 weeks, while full recovery from the swelling occurs in one month and it is necessary to use an elastic vest for the same period. The cost of gynecomastia treatment depends on the extent of the problem, whether it will be required a biopsy of the gland or hospitalization, but the result rewards men for a lifetime.

Recently minimally invasive ways against gynecomastia have gained popularity, such as the new method without incisions, the pioneering element of which is the fact that all the surgical manipulations are performed through a tiny incision, that does not need a suture to heal.

The key element that ensures the permanence of the effect of gynecomastia is the maintenance of a stable body weight.